The Legal Guardianship of Animals

The Legal Guardianship of Animals.pdf (2.4 MB) 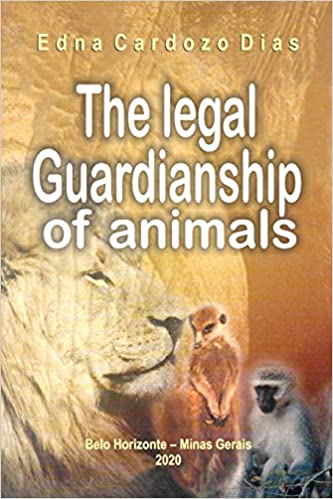 The book “Tutela Jurídica dos Animais” (2018) is an updated edition of the seminal work of professor and lawyer Edna Cardozo Dias, a book first published in 2000, by publishing house Editora Mandamentos. It is the first doctoral thesis about Animal Law in Brazil, presented and defended by the author in 2000 in the Post-Graduate Law Program at the Federal University of Minas Gerais, under the guidance of Prof. Arthur Diniz.

The book is divided in nine chapters: Philosophy and animals; Fauna protection in the European Economic Community (EEC) and the United States; The birth of the animal rights theory; Fauna rights in Brazil and the legal nature of animals; Cruelty against animals; Animal trade and endangered animals; Animals and MERCOSUL; and the Ecological State.

At first, the book shows that, as a rule of thumb, the Law considers animals as property, a definition that is normally used in solving conflicts between the interests of humans and the interests of animals. Since property is considered to be a natural right, the book begins its approach with an analysis of jus-naturalism, showing that since Ancient History, the pre-Socratic Greek main belief was that, although man was a part of the Universe, he didn’t posses any autonomy.

She also highlights that the moral and ethical crises of the V century A.C. was the starting point that began the concrete division between humans and animals, since it was from this crisis that the Sophists shifted the object of philosophy towards man (man being the measure of all things), and developed the kind of thought that culminated in the ideas of Socrates, Plato and Aristotle, ideas which ended establishing the foundation of the anthropocentric paradigm.

To download a FREE copy of the E-book, please see the attached file above.

To order the E-book for other devices or a paperback copy on Amazon.com, go to https://www.amazon.com/Legal-Guardianship-Animals-Dra-Cardozo/dp/1712804650/